The Merchant of Venice. And Bruges. And Paris. And Hammondal.

It's easy to preview maps in progress, and writing in progress, but the actual design in progress is such a ghost of a thing ... But I'll try:

This evening we were hanging out at a local pizzeria, tapping at our devices, and I was doing some historical research for Hammondal, which is fantasy, of course, but I love plundering history for strange little details, and I ended up focused on the matter of how European seaports dealt with the importance of foreign mercantile interests, and how open they were and how restrictive they also were and this dance of additional liberties to entice, additional laws to control, yadda-yadda. This is important to the book because 20-30% of Hammondal is under the influence of foreign traders and that's a big part of the city's texture.

And of course I'm designing Hammondal as a high-trust gameworld, so I'm picking through the contrasting sets of laws for these different historical cities and plucking a piece from here and a piece from there ... and I'm once again face-first with one of the beautiful ironies of high-trust design: that some of the juiciest concepts for high-trust play come from deeply mistrustful NPCs. The Paranoia effect, if you will. 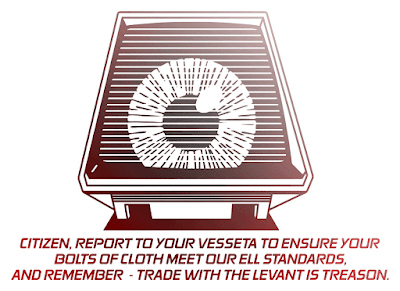 By which I mean: the most extreme measures to control the power of foreign merchants are the richest in RPG potential, because they introduce more in-world rules that the Player Characters can exploit, or face, or sidestep, and they introduce more intersections between characters of all kinds, more potential for motives to collide, or strange bedfellows to cozy up. The Champagne Fairs, collecting "safe-conduct" revenues on certain ethnic groups, and using licenses to turn fair organizers into privatized tax collectors. Venice restricting foreign merchants to the Fondaco dei Tedeschi and assigning personal brokers to each foreign trader to keep an eye on them and oversee transactions. Bruges requiring that innkeepers record and report - daily - all foreign guests. And my favorite one of all, Paris requiring that foreign merchants bringing goods along the Seine to partner with a Parisian merchant who would share in their profits. That's just so ... RPG juicy, right there, shoving competing merchants together in a sitcom-worthy Odd Couple, by law.

And of course, bits of all of these make their way into the design of Hammondal, and they'll boil and tangle with the city's other features and quirks and prejudices and priorities, some of which are cobbled together from entirely different pieces of history, or whatever comic book I just read.

Anyway, that stuff has me excited tonight, so while it's all still ... inchoate, incorporeal, Schrödinger's catlike ... it just felt like a fun thing to blog about as I wind down from tonight's writing and mapping. Here's the obligatory dump of recent Hammondal development imagery: 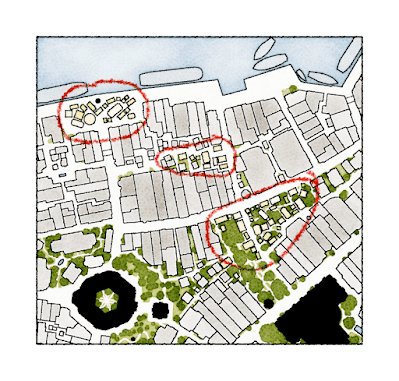 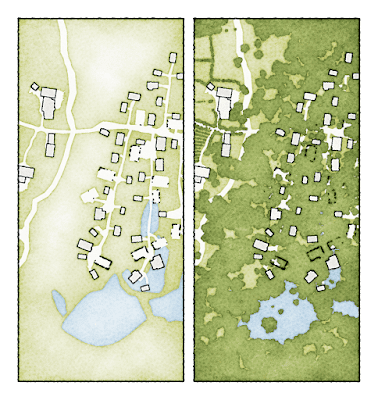 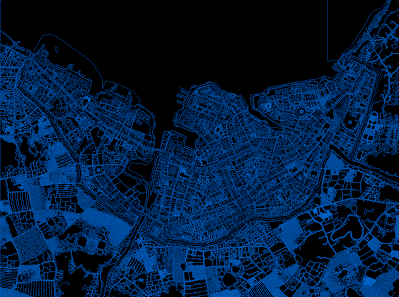 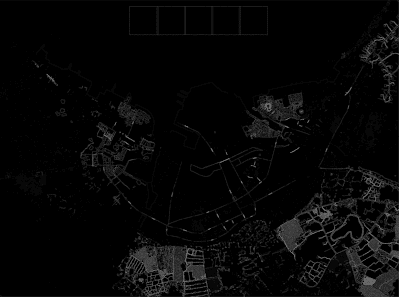