Last post, I teased an image of my latest fantasy RPG project, tentatively titled Hammondal: Light of the Candle Islands. This is a type of book I've wanted to do for a long time: a good old-fashioned city sourcebook, the kind that explores a single town in sufficient depth and breadth to make it a worthy all-in-one setting for fantasy campaigning. Here's a mockup of Hammondal as the map stands this morning:

As you may already know, I sold Uresia: Grave of Heaven to Dyskami Publishing last year, along with its supplements and related material, and they'll be publishing a new BESM edition this fall or winter (including One Last New Chapter from me), which means I needed a new fantasy world to write about and run my campaigns in, having said my tearful goodbyes to Heaven's Grave.
As you probably also know, I have a thing for cities and towns. I love imagining them, designing them, mapping them, writing about them and gaming in them, and some of my favorite RPG books have been devoted to cities as settings. I'm also really drawn to "generic fantasy" as a design arena, partly because I love an underdog and generic fantasy is often dismissed as junk, and partly because the design challenge of making something interesting enough to stand on its own but also socketable in a way that makes it useful for a variety of worlds challenges my design-brain in special ways.
So I got to pondering what the boundaries and untapped potentials of "generic fantasy" actually are when it comes to fantasy cities. What tropes are disposable, subvert-ible, intrinsic? What features are needed, and what typical "features" really aren't? Where are the richest veins for surprise, for inspiration, for characters and adventures?
The city of Hammondal is built from my answers (also wood and bricks and things), and as you can imagine, my answers are more than a little satiric, pulpy, swashbuckly and layered in mystery, horror, comedy and humanistic sympathy. It includes my take on everything I've ever loved in a fantasy city book, and my takes on things I've never seen in a fantasy city book, and just lots of shameless excuses for the kind of RPG design I live for.
It also evokes the tensions deep within its own design challenges, and brings them right to the gameable surface. It's a modestly-sized city on a remote island, in a province of a stumbling Empire where foreign trade is taking deep root. It's the collision point for multiple competing cultures, refugees from a lost realm, powerful nature spirits, a wealthy and influential Church, a hidden community of the dead, a disgraced order of mages, a hospital run by Dwarvish nuns married spiritually to a trickster god, and enclaves of fantasy bohemians ... each of which reflect facets of the "generic" fantasy's contradictions in playful ways.
And it does have its own world, just offstage where it needn't trouble anyone, but exerting constant gravity on the design. It's impossible for a city to feel alive without connections to a larger world, so that larger world, too, had to be socketable, made of elements analogous to traditional fantasy ideas while also mixing flavors in surprising ways, and while the city is the focus of the book, the Candle Islands, and the local warlords and Queen not entirely enthused about the Imperial colony on their northern shore, get a couple of pages and maps as well.

I am very excited about this book, this city and this world, so I'll pester this blog about it more than once before the book is done, but I'll wrap this up for now before I get too mushy about it. If you'd like a regular drip of maps-in-progress and design musings, Hammondal has a Twitter account, and I also post images to DeviantArt now and then. If you want to see the real-world stuff I'm imagining while designing Hammondal, my DeviantArt favorites page is full of what I fantasize about (some of which is NSFW, but most of which is trees and old buildings and and dirt roads).
If you've got questions about Hammondal that might make a fun blog post, drop me a line and I'll be ever so grateful. If you've got friendly things to say about my maps, I can always use a little of that, too. Either way, thanks for reading, and I hope you feel the beginnings of my Hammondal excitement, too! 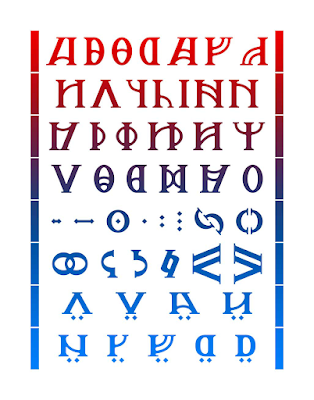