This is #3 of the RPG Lexicon series. Click here for #1, if you're new and you're feeling linear!
(But, this one stands pretty well on its own, too)!


Today I want to talk about a term I depend on, but which has stalled more than a few conversations in confusion: tactical roleplaying. It's the essence, in many ways, of what I love most in RPGs. S. John Hearts Tactical Roleplaying, Hearts It So Much.

We should probably start by being crystal-clear on the word tactics. Let's say we're playing Scrabble, you and I. I just played near a triple-word square, hoping to follow up on my next turn, but it's your turn now! Alas, your tiles suck. They suck so hard. But ... you've got just enough in your tray to cobble together a low-scoring word that fails to grab that square, but lies adjacent to it in a way that makes it unusable to others. If you make that play, you block me from my intent. That blocking move is a tactic: you made a choice, you took an action, to help you win.

In RPG culture, some folks get stuck on the word's military connotations, using it to refer to combat. That's exactly right, in some contexts. Not this one. Scrabble has no combat rules, give or take a few colorful homebrew variants.

That's where many of these conversations get confusing. But we've got it out of the way, right? Let's try it: Blackmailing Detective Phelps to get to the Chief of Police? Tactic. Handing a freshly-unearthed copy of the Necronomicon to someone else so they can read it instead of you? Tactic. Taking this Wookiee to custody? Tactic. Choosing between the Mines of Moria and the Gap of Rohan? Tactic. In RPGs, any choice that affects the outcome of character endeavors is tactical. Instead of players "winning" and "losing," Player Characters succeed by degrees (plus or minus qualifiers) at dozens or hundreds of endeavors over the course of an adventure. Thanks to the invisible rulebooks, RPGs have tactical infinity, and that's the magic mojo happy juice.

So, now we're at tactical roleplaying. Roleplaying is sometimes tactical. Sometimes, it isn't, because sometimes it affects outcomes, and sometimes it doesn't. That's the whole term. Tactical roleplaying. Roleplaying, that affects outcomes. As a player, I love it. As a GM, I do my best to serve the players by providing for it. As a designer, I consider it a core design ideal and a valuable point of contrast. But what are we even contrasting? Two things:


Sometimes, this can get into murkier zones of player knowledge (the player knowing the game-world better than the character ever could) or player intention (the player's goals superseding the character's). Handing off the Necronomicon, for example: is it an example of tactical roleplaying? Depends. If the character knows what harm reading such a book might do to a fragile mortal mind, passing it along is tactical roleplaying, and specifically it's an act of in-character cruelty. That character is a dick. On the other hand, if the character is innocent, and hands it off because the player has some understanding of the danger, that's a player-level gameplay, and that player is a dick.

So either way it's a dick move, but each version has a different dick.

It should be easy by now to track how we cascade to this from the Invisible Rulebooks. In games leaning visible, procedures and mechanisms are more important, so reliable resources are more important (for defining both PCs and the obstacles they face), so decisions based on knowledge of the visible rules are more important. This calls on the players to drive the gameplay, and calls on the GM to focus challenges in that same head-space lest the PCs be rendered mechanically irrelevant (a dick move). These are all just spectral tendencies but they can really add up, because they're mutually reinforcing. In such games, there's usually a clear division between "the game parts" and "the roleplaying parts," to the point where some gamers will even express preferences in those terms.

Over the course of the hobby's history, there's been an unfortunate tendency to cast this in terms of role-play vs. "roll-play," as if to suggest that mechanistic groups roleplay less, or value roleplaying less. In my experience, that's seldom true and never fair. Gamers leaning visible don't roleplay less than gamers leaning invisible. Nor do they value it any less. It's just, in those games, roleplaying is less tactical, because the tactical "load" tends to focus on "the game parts." Meanwhile, "the roleplaying parts" are still welcome and encouraged, because they enrich the game, making it more immersive and entertaining for everyone.

In games leaning invisible, the resulting change isn't "more roleplaying" but rather roleplaying becoming more tactically important, gradually fusing with and (at the further end of the spectrum) becoming the central mode of gameplay. This, in turn, magnifies the impact of characterization, and lets players just game wholly in character, if they like, with fewer reasons to poke their attention anywhere near a mechanism or procedure (because the characters are busy, solving problems and overcoming obstacles and buckling swashes and probably still bantering). And just as visible-leaning games have just-as-much-roleplaying, invisible-leaning games have just-as-much-tactical-meat. The trade-out is where it sits: crucial decision-making tends to slip from the hands of the players, flowing down into the fictional world, to the hands of the characters.

Are there other consequences to all this? Oh, so many. But we've got a whole blog to explore them in. See you next installment, in the Lexicon. 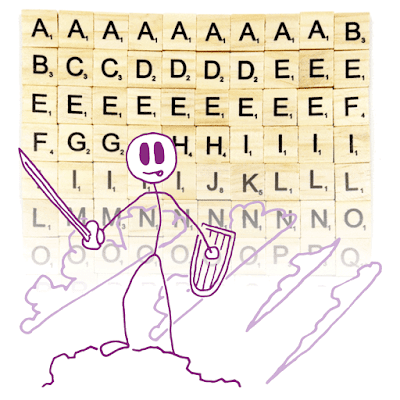