I haven't posted in a while so I'll ramble about TV.

Sandra and I have been catching up on shows in this strange Golden Age of Television, and a lot of the shows are a couple years old at this point; we will never actually "catch up" in any meaningful sense, but we are finally making a dent in the "things to watch" list. She and I go through long periods of watching almost no TV, and then I guess we sometimes cycle into extended pandemics where we watch more? Some of our recent runs in the Time of Corona:

I Am Not Okay With This: It ends on a huge cliffhanger and it's already been cancelled, so it's kind of cruel to even talk about it, but it was even crueller to cancel it. Great performances by the leads, episodes so short that it's basically the length of a single feature film, a thoroughly authentic Northern Appalachia setting (waves from just up the ridge), and ... yeah. It was brief, it was good, and it's gone now so there we are. The title sums it up. 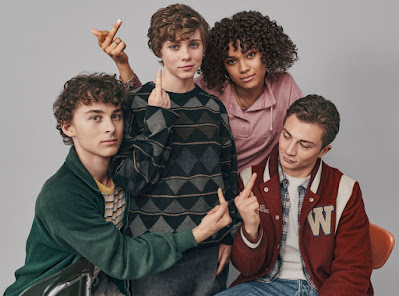 Iron Fist Season 2: The least-beloved of the Marvel Netflix shows, the Critically-Acknowledged tales of the Immortal Iron Fist, second and final season. We liked it, partly because we got lots of Colleen and Misty, partly because Sacha Dawan is a force of nature, partly because Alice Eve has some cool acting chops, and in huge part because it wasn't so overwhelmed by the Meachums this time around. 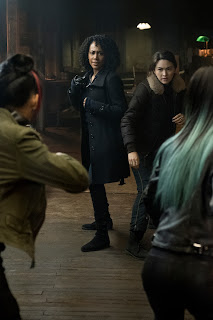 She-Ra and the Princesses of Power: Oh man, that was fun. Everyone in one of my social media feeds were beside themselves with joy over the ending, so Sandra and I slammed all five seasons in a couple of weeks, and Scorpia is too precious for this or any other world. Good times. Hearteyes. Sparkles. And some pretty impressive theme and structure. I love it when kids' shows don't talk down to the audience, and I love it even more when Entrapta shows up.

Veronica Mars, Season 4: A satisfying return to Neptune, and a twisty twisting of entertaining twists. Thumbs up; I love the new characters; I love how many classic characters they shoe-horned in; I love the only-slightly-cheaty mystery plotting, and never make me choose between my love for Veronica and my love for Keith, they live in my heart forever. 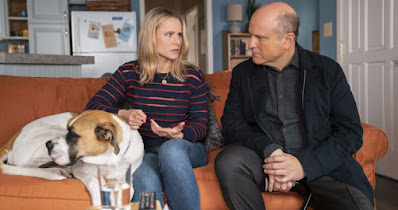 HBO's Perry Mason: More of a gift to fans of the earliest Gardner novels (or to newcomers) than fans of other TV incarnations, most especially the towering memory of Monte Markham or that other guy. Friend of mine called it prequel fanfic (with some affection) and he's not wrong, especially about the affection. Best Della ever? Best Della imaginable. And it makes me stoked for She-Hulk on Disney+ because, having never followed Orphan Black, I was not prepared for how amazing Tatiana Maslany is. 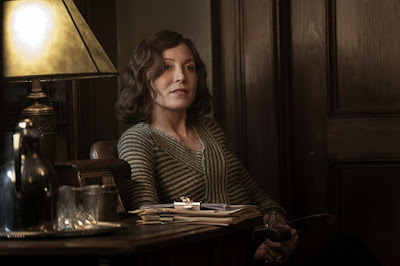 HBO's Westworld: We burned through all three seasons (so far) and man that's a rollercoaster, and it's kind of a Whole New Show every season and kind of the same amazing cast so what the heck. Seriously, the quality of the acting duels with the polished trickery of the scripts for star status, and mercifully it's only 1 part Crichton, bulked out with 2 parts Dick and 3 parts Asimov (just 2 parts Asimov until Season 3, when suddenly it's more Hari Seldon than I, Robot). Minor retroactive spoiler warning. 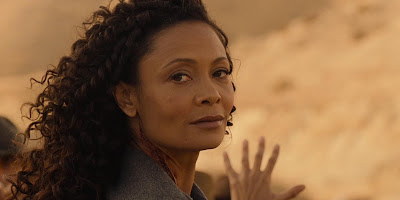 HBO's Watchmen: Another show that is with some fairness called "fanfic" and with profound affection, I'm still not sure if I'm more amazed at how richly amazing and powerful it was or that it kind of basically stuck a landing that should not have been stickable. Both are achievements and that was a great show. I hope they never make another season of it. Powerfully prescient in many ways, and I don't mean the masks. 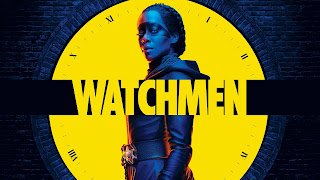 Lovecraft Country: Another HBO show but this time a current one, and ... such glorious, glistening pulpiness! The glisten is mainly from the gory bits, which are applied judiciously, but the glorious is from everything: the cast, the themes, the OH YOU THOUGHT THAT EPISODE WAS PULPY WAIT 'TIL YOU SEE THIS ONE attitude. Comparing it to Watchmen is inevitable on themes, and Watchmen was more powerful in most ways, sure, but Lovecraft Country achieves some very different kinds of impact while being giddy fun. It's a clever walk on a razorwire, with more astonishing leaps than missteps. 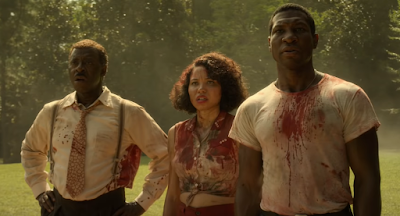 Harley Quinn: The trailers made me think it would suck. Like, SUCK. Terrible, irritating trailers mainly collecting every irritating piece of the first episode or so into one concentrated barrage of annoying. But ... the show is fantastic. Like, really. I'm so glad we're getting a third season and I'm so, deeply, sincerely grateful for the two we have already. Fingers crossed for a spinoff starring Jim Gordon's triangular chest hair; I know it's got something to say. 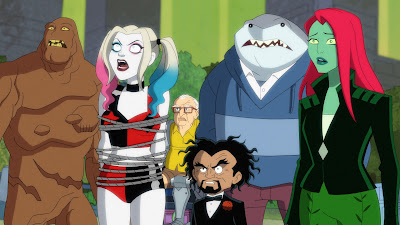 Star Trek - Lower Decks: Another current show. The trailers made me think it would also suck, but not as much as those for Quinn; I just found the animation style kind of on-the-nose contemporary in that slightly lazy, calculated hey-look-we're-down-with-the-young-people-according-to-our-marketing-algorithms way? As I write this, it's had (by my count) 7 fairly excellent episodes and 1 slight clunker, but that's an enviable scorecard for a Star Trek series. 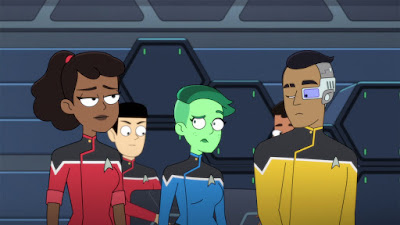 I think that's all for the pandemic shows we've watched together, so far.* Sandra watches a lot of other shows while she works; I'm not able to (my brain won't let me process dialogue while I'm writing, and when I'm mapping I binge on news clips which is as unhealthy as it sounds). Next up is one of the two-hundred or so other shows we've been meaning to get to, or get back to (we're way behind on Agents of SHIELD but we'll get back someday ...) As the Pandemic (especially the U.S. epidemic wing of the pandemic) rages on, I hope I'll have a followup post someday and not be dead of coronavirus, but time will tell. So far we're safe, and I hope you are too.

In other news I finished that Shadow River map at long last, so that's cool. I mean, I've finished the actual mapping part of the mapping, in the crude garish colors designed for Photoshop separations rather than actual viewing (see image; embiggen for detail). Now it's time to texture it and tint it and carve it into plates and make another version that's a poster and then probably say Merry Christmas to Sandra because it's still only a back-burner project. For more RPG reading, I recommend this very kind article from Pete Schweighofer, because he says nice things about Slimes in Blossom Grove. 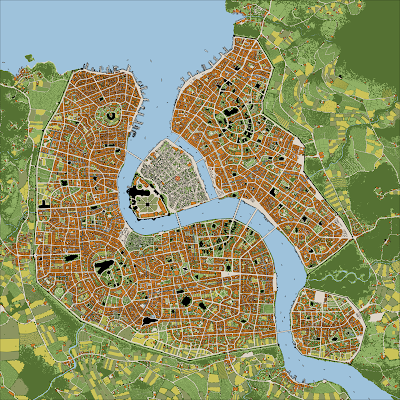