Workshop 002: The Summer of Love

It's Interactive Sunday, and it's time for another RPG Writing Workshop. Join us! But, please read the orientation article if you haven't already, or take a peek at last month's workshop and results to see how it all goes.

The context for today's exercise is a traditional fantasy world with the usual elves and things living in quasi-medieval pseudo-Europe. The book is a setting resource describing the Kingdom of Carrenwald. The section you'll be writing describes Carrenwald's annual Midsummer Fair.

This would be straightforward in a sane contract, but sanity has passed this project by. You've been given a rundown on the facts of the design from the designer, and they're upbeat. The Midsummer Fair is clearly a positive event, overall. Your editor, meanwhile, delivers some distressing news: the publisher has decided that Dark & Gritty Sells this season, and has insisted that the artwork and writing be as gloomy and dismal as humanly possible, emphasizing themes like failure, isolation, abandonment and regret. The art director is already busy lining up illustrators who specialize in charcoal on scratchboard. The writing is up to you.

Note from the editor: "Hey there writer. I'm so sorry. I know it's pretty much impossible to make this fair sound as dark as the publisher wants, so I'll go to bat for you no matter what you come up with. But, please, help me out, and inject as much gloom as possible without screwing with the designer's details. Any darkness you can give me, I can do my best to talk up. I'll owe you one."

The Facts of the Design


All these facts must be included.


Use or omit these facts as you please, but do not contradict them.


The reader already knows everything on this list from prior sections in the same book (or the core setting book to which this is a supplement) but feel free to refer to them as you like, provided you do so in a way that respects the reader's existing knowledge of them. Do not contradict these facts.


Write a brief entry (100-200 words) imparting all of the Facts of the Design, while doing your best to fulfill the condition handed down from the publisher's crass attempt at cashing in on a perceived trend: make it gloomy, dark, gritty, emphasizing the themes of failure, isolation, abandonment and regret. Since the standard rules apply (click here to refresh on those), you may not invent any facts to support those themes, so you must support them using only your writing: your use of the language, your choice of words, your choices of structure and emphasis. Write with the Game Master of a traditional fantasy RPG as the target audience. Engage the Game Master’s enthusiasm for including the Midsummer Fair in a campaign. Use any format, tense, perspective, structure, etc. that might serve these purposes. 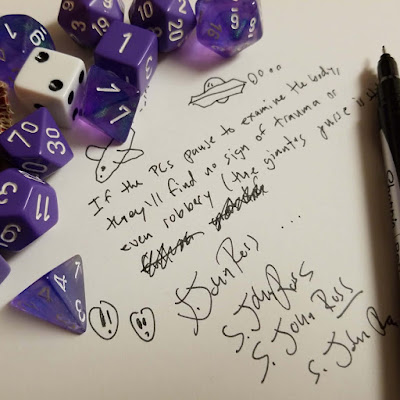