Lots of font-spottings lately, ranging from the amusing to the "oh, nice" to the "wow, I kerned that font and somehow you managed to un-kern it." A few of my favorites:

At the supermarket, I noticed that Heinz is now marketing like ... seven different kinds of barbecue sauce? You can spot my Dirty Headline on bottles of "Kansas City Sweet & Smoky" flavor, and even bigger on the "Pitmaster Collection" boxed set. As an RPG writer, I came into the industry a little late for the age of the boxed sets, but I was just in time for the tomato-flavored corn-syrup industry. Huzzah!


While we were in Estes recently, the sightings weren't limited to elk; they also included my Barrelhouse font on flyers for the Estes Park Wool Market. To use this as a production teaching moment: if a font has any kind of texturing effect, please stick to a single size with that font. Seeing the texturing at multiple scales breaks the illusion and does no favors for my tender, freshly-shorn sensibilities.


At the art supply store, I was happy to see A Love of Thunder on ... some art supplies. I may not be much of an artist myself, but by golly, I'm there with them.


In news closer to home, conceptually speaking, there's a new Glorantha computer game on the horizon, a successor to the excellent King of Dragon Pass from the late 90s. The new game is called Six Ages: Ride Like the Wind, and the logo includes a modified version of my Gelio Retsina font, swapping out the "i" and taking full advantage of its funky dual-alphabet nature (it's two different but compatible simulation faces in one, each fully inter-kerned). This tickles me to bits. I built the Gelio family for an in-progress Risus worldbook set in ancient Greece, so to see it associated with bronze-age fantasy masterpiece Glorantha is both cheerfully right and deliciously wrong, in the best way. I also had no idea what the font was being licensed for when Lisa Harris (the logo's principal creator; click here for her post on the process) contacted me last year, so the announcement a few days ago sent me into a muppet-flail of joy. 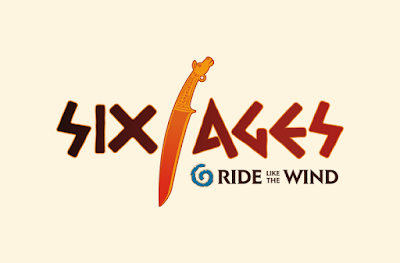 Finally, just yesterday on Twitter, I spotted A Love of Thunder again, this time on a tweet (by Scott Handcock, one of the excellent creators at Big Finish Productions) about Gareth David-Lloyd (the lovely Ianto Jones from Torchwood) performing in a play called Blueberry Toast. I was flattered to see it and said so. David-Lloyd retweeted my comment, and the Soho Theatre chimed in as well. I haven't been so pleased to see my fonts in London since the days of the Atheist Bus Campaign. 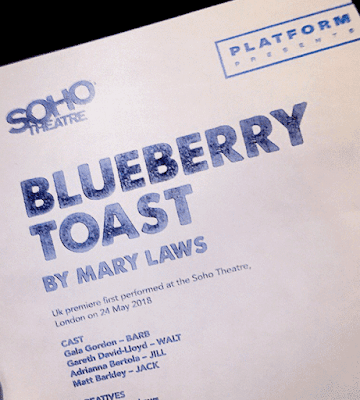 Other recent sightings include concert posters for Eric Bellinger, cheap electronics in bins at Target, Kroger online coupons, heavy use by a local marijuana shop (insert your own "heavy use" joke here), the cover of a Disney-themed issue of Cosplay Culture magazine, and the cover of a book called The Air Fryer Bible, which: I wanna see the Star Trek episode where the Iotians had that instead of Chicago Mobs of the Twenties. 'Til next time, keep an eye peeled for Cumberland fonts. They are me, and I have you surrounded.
by S. John Ross at 1:27 AM